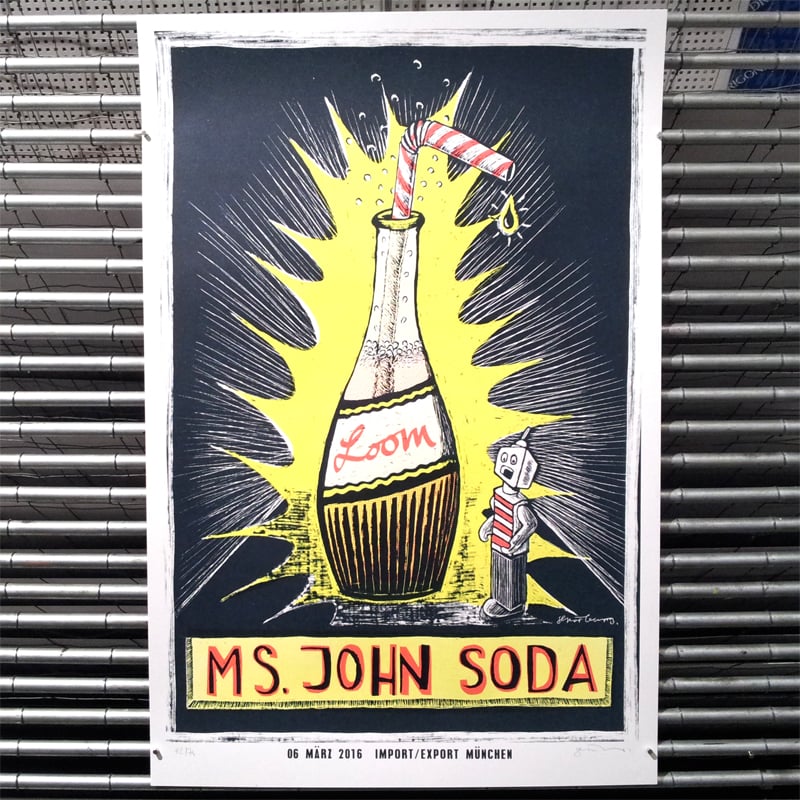 gig poster for their appearance at Import/exort München on March 6th, 2016

Steffi Böhm of COUCH and Micha Acher of NOTWIST are back after eight years with a new album that couldn't be more contemporary referring to what they all once established as Indietronic: reduced, spheric, pop.

The band often used small roboters in their videos and images before and I thought it's also a nice referrence having a soda bottle called LOOM (just as their latest album is called) with this poster...